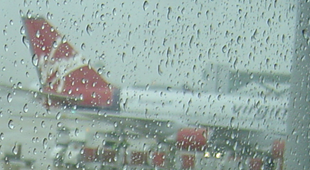 After the unprecedented floods in the summer of 2007, the government set up a review headed by Sir Michael Pitt. In his Interim Report, Sir Michael concluded, “that the Government should establish a systematic, coordinated, cross-sector campaign to reduce the disruption caused by natural events to critical infrastructure and essential services.”

The 2007 floods had made it apparent that there were significant vulnerabilities across a wide range of what is termed National Critical Infrastructure.

Since 2010, Sector Resilience Plans have set out the resilience of each national infrastructure sector to the relevant risks identified in the National Risk Assessment. The Plans are placed before Ministers to alert them to any perceived vulnerabilities, with a programme of measures to improve resilience where necessary.

The national infrastructure is categorised into nine sectors: Communications, Emergency Services, Energy, Finance, Food, Government, Health, Transport and Water. The UK‟s national infrastructure is defined by the Government as: “those facilities, systems, sites and networks necessary for the functioning of the country and the delivery of the essential services upon which daily life in the UK depends”.

Working with infrastructure owners and regulators, the Government departments responsible for the nine national infrastructure sectors are required to produce Sector Resilience Plans on an annual basis. As with previous years, Plans have also been produced for the Nuclear and Hazardous Sites sectors. The process is coordinated by the Civil Contingencies Secretariat (based in the Cabinet Office).

The 2014 issue is the fifth round of Sector Resilience Plans and as with previous Plans, they allow departments to review the resilience of their most important infrastructure to all risks (threats and hazards).

Owing to their sensitive nature, individual plans are classified. There is, however, a publicly accessible unclassified summary of the Plans available – Click Here

The Cabinet Office also publishes the National Risk Register of Civil Emergencies that outlines risk factors that the government needs to address. It contains a section on flood risk including coastal, inland and flash flooding with a number of useful links for further reading and information – Click Here

Here at Floodgate, we have been playing our part, supplying a significant quantity of products through local and national government agencies and directly to private sector organisations such as utility companies and infrastructure operators.

One recent example has been Gatwick Airport. In the aftermath of the winter storms of 2013/14, the airport operator, Gatwick Airport Limited, had identified a number of risk areas across their estate, the most pressing being the area beneath the main terminal buildings. This is on the landside of the airport and houses offices and storage for retail units as well as electrical and communications equipment rooms. As it is at basement level below the main buildings, it is potentially at risk from flooding Chris Poole, GAL’s project manager, explained “We needed to implement a solution that, in the event of flooding, would buy us time to deal with the cause of the flooding at source,

be it a blocked culvert or some other reason, so that we can bring in pumps and other equipment to ensure that everything can continue operating as near normal as possible. The fact that Floodgates can be deployed so quickly and easily by anyone was what attracted us to them as a solution in the first instance.”

He went on to say “The fact that Floodgates are so robust and if, for example, the neoprene covers get damaged, we can replace just those components, means that we can expect a long life from our investment. Additionally, the expandability of each Floodgate means that we only have to keep a small range of sizes to store rather than specific gates for each aperture that we are protecting – this greatly eases the complexity of actual deployment which is critical for us as the whole point is to get them in place as quickly as possible while we get on with solving the bigger problem of why there is flooding in the first place.”

The Gatwick project has been one of the largest that we have undertaken in the UK to date and has extended from the initial landside phase into subsequent airside phases in conjunction with GAL’s airside contractors.

We use cookies to ensure that we give you the best experience on our website. If you continue to use this site we will assume that you are happy with it.OkPrivacy policy