A race against time… 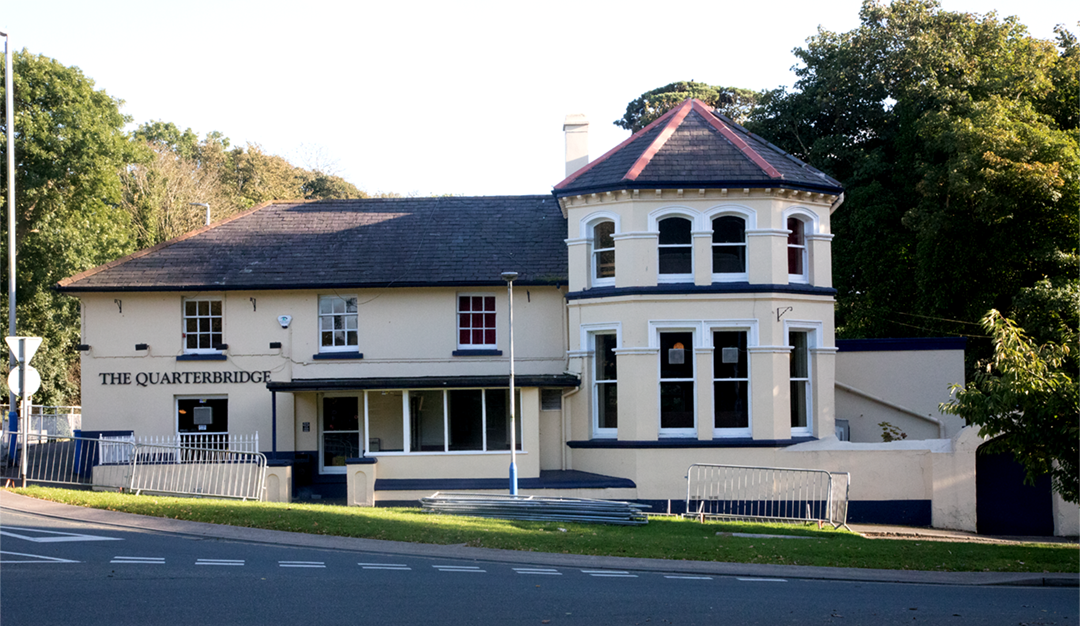 Heron & Brearley own 36 pubs and 15 Spar convenience stores, some of which are on garage forecourts, across the Isle of Man. December 2015 saw extensive flooding as a result of a series of four winter storms battering the island one after the other, culminating with Storm Desmond that hit the Isle of Man the day before it hit Cumbria, causing so much devastation there.

One of the casualties from the floods was H&B’s Quarterbridge. The Quarterbridge is a favourite with TT fans as it is situated right on the course at a tight corner, perfect for seeing the riders at full stretch. Unfortunately it also sits on top of the River Glass, which is funnelled through a culvert under the road junction and the pub.

On the 3rd of December 2015, torrential rain was causing havoc across the island, with flash flooding and landslides closing roads and even causing the 200 year old bridge in Lower Laxey to collapse. The River Glass rose overwhelming the culvert resulting in severe flooding that claimed, amongst others, the Quarterbridge and the neighbouring National Sport Centre.

Repair work from severe flooding takes a long time and the Quarterbridge eventually re-opened nearly 6 months later on 26th May, just in time for the TT races – their busiest 2 weeks of the year.

The Quarterbridge was not the only H&B property affected by these floods and it was not the first time that this property had flooded although the last flooding event, in 2012, was much less severe and the pub had managed to re-open within days. However, the commercial impact on the businesses in H&B’s property portfolio had been significant and the management decided to take decisive action to avoid a repeat of the problems should severe weather return to hit the island.

Helen Simpson, H&B’s Property Manager, consulted with the contractors managing the repairs and they recommended using Floodgates. Having identified three properties as being most at risk, including the Quarterbridge, a total of 22 Floodgates were ordered. For two of the three properties, additional Stanchions were ordered to enable Floodgates to be connected together to protect wider apertures.

“Whilst we haven’t had to use them yet, it is good to know that they are here if and when we need them. Throughout the process, Floodgate have been extremely helpful and a pleasure to deal with,” Helen Simpson, Property Manager, Heron & Brearley.